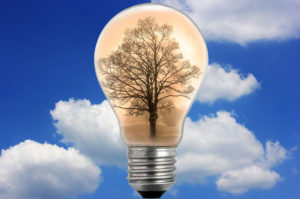 Creation and Innovation. The terms are used loosely and frequently in both the Business and the Creative worlds. I’d almost say they’re trending. Yet we have many different definitions for them. Sometimes we use them as synonyms, other times, antonyms.

So I was especially intrigued when my coach Kristen Joy Laig, The Book Ninja, held a Master Mind session for her members on creativity and innovation. It caused quite a stir in the membership and a long discussion on our private Facebook group. (I belong to two Master Minds, and I’ll write about my other one soon. I heartily endorse them.)

Online etymology tells us that today’s word innovate derived from the Latin “to renew, restore change,” literally “into the new.” Our word create came along in Latin a century earlier, meaning “arise or grow.” It would follow from these early definitions that if we innovate, we take something we’ve been growing and renew it to restore change in our world.

My husband Brian and I have an ongoing heated debate about whether there’s anything new under the sun.  He’s an avid Sci/Fi Fantasy reader, and he’s very picky that the idea be original, or innovative. He won’t read much SciFi these days because he says it isn’t innovative…that is, already been written. Yet I believe some ideas truly are innovative.

When I write, I always search for an innovative idea, but how do we know if someone isn’t already writing about it? We listen. Elizabeth Gilbert professes that ideas claim us, and that if we don’t pay attention, they float on to someone else. We must simply trust and have faith in our Muses, and notice what they’re whispering our ear. Sometimes I don’t even understand why I’m writing about a subject, but later, I always do.

Is The Shores Of Our Souls innovative? Hardly. It’s got a bit of “Romeo and Juliet,” a bit of the Southern Gothic voice. Its structure is probably Hemingway-esque. It’s about love. It’s about war. The oldest things on the planet, probably. Yet when I began it in 2002, no one was writing about an Arab Muslim falling in love with a Southern girl. Even though that’s vaguely “Othello.”

I try to expand upon an idea that is new in my lifetime. Something someone hasn’t thought of or pondered on in a while, a new perspective on a theme or a new way of looking at or using an existing one.

Apple ® took technology and made it personal. The look and feel of that first iphone in my hand is something no one else had ever thought of or has ever replicated. It’s like a fuzzy blanket meets a pearl-handled pocket knife. Now both of those things have been around a long time, but the combo? Innovation.

And the Wright Brothers and their forebears were trying to recreate Nature: birds on the wing. But humans hadn’t done that yet. Innovation.

I consider myself an innovator because I take risks with my creativity. I like to think outside the box, and the risk there is that my work might not fit into a genre, a comp list, or a bookstore shelf. My ideas might trigger some readers. Innovators are always a little ahead of trends, because they create the trends.

I’m sure if I looked back far enough through extensive research, I’d find a love story between a Scots-Irish Protestant girl and an Arab Muslim boy. We’ve sort of had a love hate relationship for the last 2000 years. My novel’s social justice theme is far from innovative. Steinbeck began that literary movement (or did he?). Yet I believe the way I’ve handled contrasting points of view may be innovative, a new way to make the political personal.  I think the first chapter is suspenseful, not innovative. Yet a female author writing in a Lebanese Muslim aristocrat’s point of view; I think that is innovative (if not a little bit controversial). Let me know what you think!

Kristen is an innovator herself, and she shares my outlook, with some tweaks. I mean, with “Ninja” in your brand? Come on now. “Creativity looks at things differently to solve a problem, she says. “Innovation creates things differently. Seeing something as it could be and making it so.”

I asked some of my amazing, creative friends to join in this discussion. I especially enjoyed my friend Mimi Searfoss’s perspective. She’s a spirit coach and co-author of Wiseplay, a book and card set for personal transformation. “Creativity is the ability to conceptualize to create a personal vision. This usually requires the ability to think outside the box, break rules, and move past tried and true methods.  You can be creative within a framework that expresses your own unique point of view and produce something that manifests your vision, but not necessarily achieve innovation,” she says.

“Innovation goes beyond creative thought to producing something that vastly changes what came before it. It is revolutionary. This can involve small changes, but usually innovation changes the entire playing field and the way people live. Highly creative people have to have passion, vision, grit and courage to end up innovating. It’s a unique combination.”

And to get a sample of my little piece of innovation, you can get the first chapter of The Shores of Our Souls by clicking the button on my home page. I just saw a mock cover and got initial edits! It’s headed for you Summer 2017!