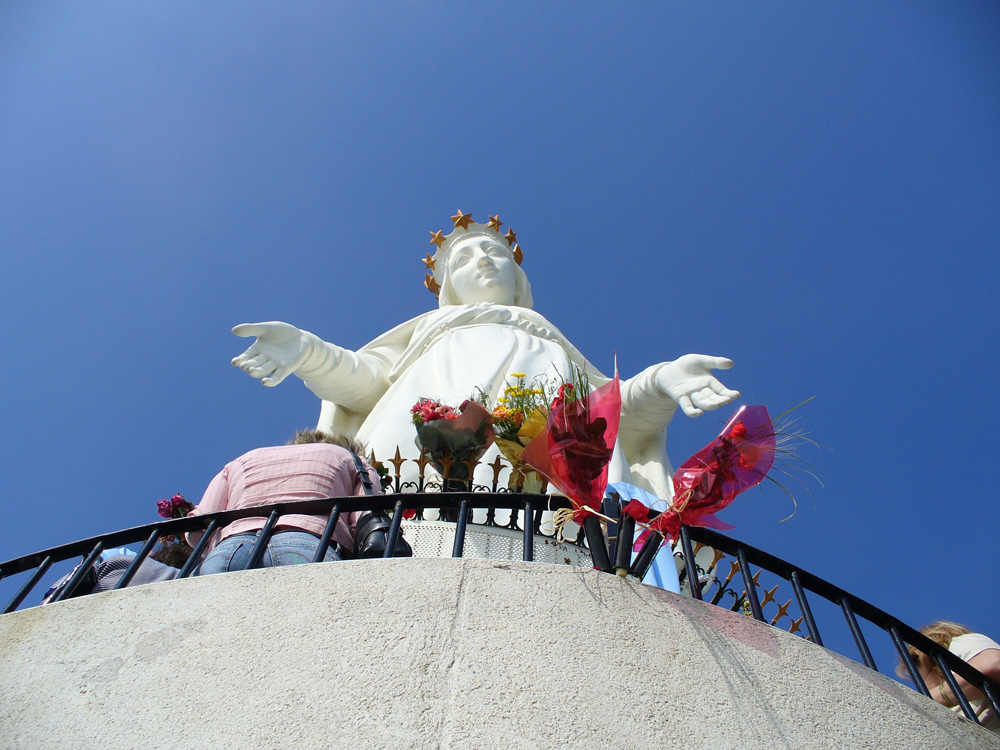 A friend asked once what I would do if I had no fear. I’d do everything I could to create a legacy of lasting peace. I’d start mending ties between the Arab world and the West. While it’s impossible for me to travel to the Middle East at the moment, I can travel there through my writing.

Most of my life has been lived out on a blank white sheet of paper. I turn to words to process, to analyze, to emote, to effect change. At times, I’ve tried to take another road, but the fork always turned back to writing. Every so often, I’ve fought the urge to write, tried to run from it by taking jobs that used other skills, but it’s what I do best, and most of the time, I’ve succumbed to destiny. I’ve learned to love it; it’s been good to me.

I used to say I could and would write about anything and everything.  I wrote about snow shovels and retro-running, pet hotels and insulated tubing. Eventually I graduated to writing about things that meant more to me—famine in Ethiopia, AIDS programs in Iowa, and psychosocial outreach for caregivers. Big ideas read by a relatively small audience.  So I decided to write a novel—a second novel, in fact, as my first novel Moments on the Edge won the Hollins (University) Fiction Award, and then life and the economy took over. I never tried to get Moments published.

My two novels, like most of my writing is about human connection, the threads that bind us together. My first novel was about the interconnections between two Southerners, my world until I was in my 20s. I wrote of a woman who came of age during the Industrial Revolution and a much younger woman living through the Sexual Revolution (or the Space Age). In writing Moments I found I was masterful at characterization; I was much less so at plot. I put the novel aside and wrote about radon and slow lorises instead. I read, and I took more writing classes.

Until  I was 40 with two children. Until 9/11 occurred. This time would be different, I convinced myself. I finished the novel. I revised the novel. I revised the novel yet again. And again. I submitted, and I earned my “permissions slips to proceed” (what I call “rejection slips.”) I tell students every Career Day that publishing isn’t everything, that it’s the process that reaps the real personal benefits. Yet writing is meant to be read.

Writing is meant to be read.

The Shores Of Our Souls brought together my personal and professional desires. It was all mine. I was able to speak in a way that I was unable to in non-fiction, to say things in a way intended to stimulate lively discussion and thought. The Shores of Our Souls is a novel of social justice, a genre I wanted to join the first time I read Steinbeck. It’s also a story about love between one man and one woman, a multicultural, and at first, fractured love that the world judges.

The novel took me to Lebanon, to confirm what I’d always fantasized it would be like. I arrived six weeks before the Israeli/Hezbollah War. I left a changed person.

As the Beirut taxi took me to the airport at dawn, I was filled with tremendous grief that I might not see the Middle East again. A song about tears and rain played on the radio. It felt like leaving home. I didn’t have any reason to think I wouldn’t return at the time, other than it had taken me so long to visit it once. In the Beirut airport, I dismissed my sense of foreboding as merely lingering energy from all the violence those runways have seen.  Six weeks later, though, the violence returned, and I wonder now if I will ever see Petra or Jerusalem or drive along the Damascus Road again.

I miss the beauty of the landscape and the bustling Lebanese streets. I miss the young grocery clerk who told me not to fish for extra change for a purchase and then took the change from her own pocket. I miss the vendor in the mountains where Khalil Gibran was born, who told me I had beautiful eyes. I miss the elegant lady who gave me directions in French, Arabic, and what might have been Portuguese. I miss the taxi drivers.  I miss the restaurants. I even miss the noise—the lack of traffic lights, the abundance of beeping.

“I have no place in my life for things and people without passion. I want my life to burn like a thousand suns.”

Hermann Hesse wrote, “I have no place in my life for things and people without passion. I want my life to burn like a thousand suns.” That describes Lebanon to me. I have attempted to live by that principle, too.  I do my best to take all the risks presented on my path. I am also a woman who meets her responsibilities head-on, without regret. There is no place I’d rather be right now than in the Middle East, making a difference.  But for now, I’ll raise my children, and I’ll spin my stories of others, hoping to use everything God gave me to make a difference from exactly where I am now.

I hope you’ll enjoy Shores. I wrote it just for you. I hope it will transport its readers as much as it transported its author. Please do let me know what you think if you feel moved to do so, here, or on my Facebook page.